> Blog > The shawl > History of the shawl

History of the shawl

THE ORIGINS OF THE MANILA SHAWL 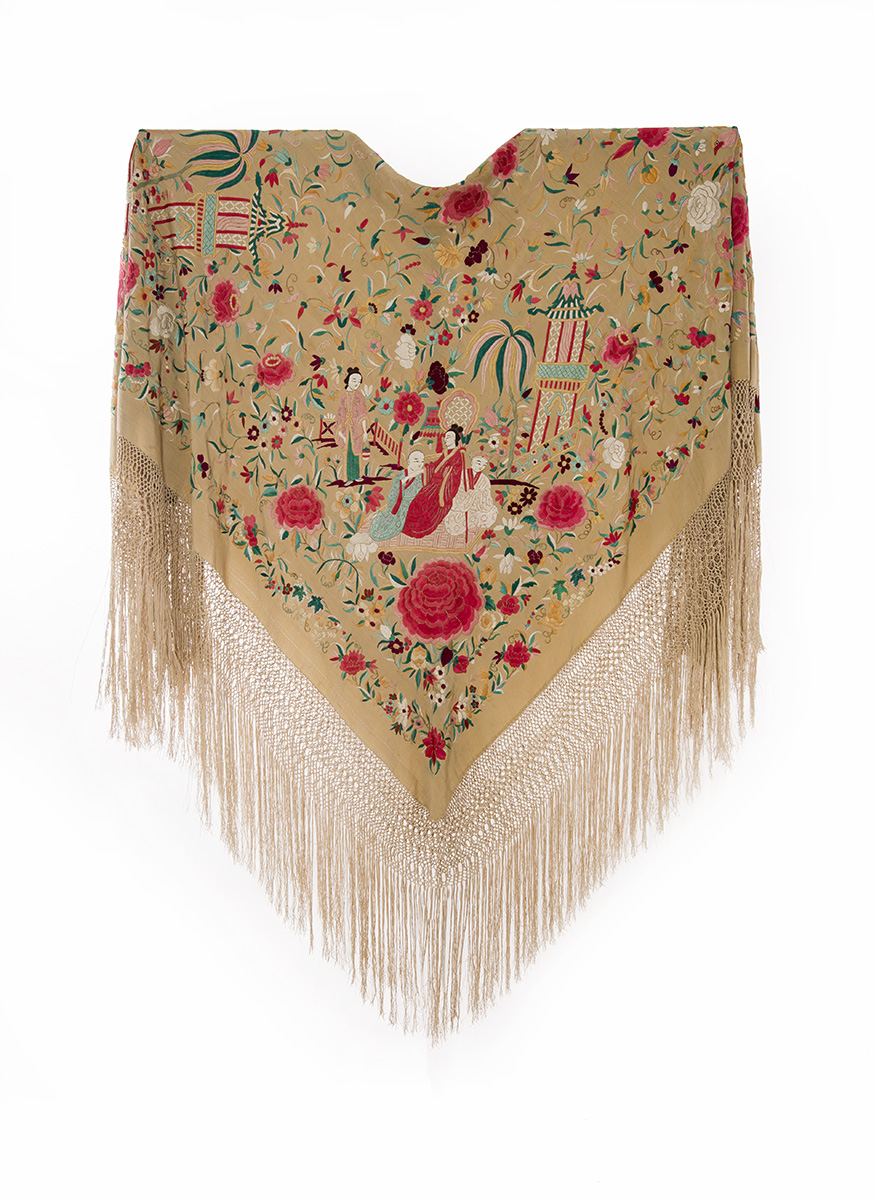 The Manila shawl, as we know it today, is a feminine clothing accessory linked to the Spanish craftsmanship. Its own resignation refers to its place of origin: the city of Manila, the capital of the old Spanish Philippine colony.
Up until they began to be made in Spain, the introduction of this product into our country was due to the commerce that Spain maintained with America during the colonial era. The shawls were imported towards the end of the 18th Century, becoming popular in the 19th Century. Their name came from the final destination of the Spanish fleet in Manila.

The first embroideries in silk were not done on shawls, but on books, carpets and flags, and appearing after on dresses, bedspreads, cushions and other goods of household decoration. Embroideries on a garment similar to the shawl did not appear until the 12th Century, when the women of Upper class started using these types of shawls. 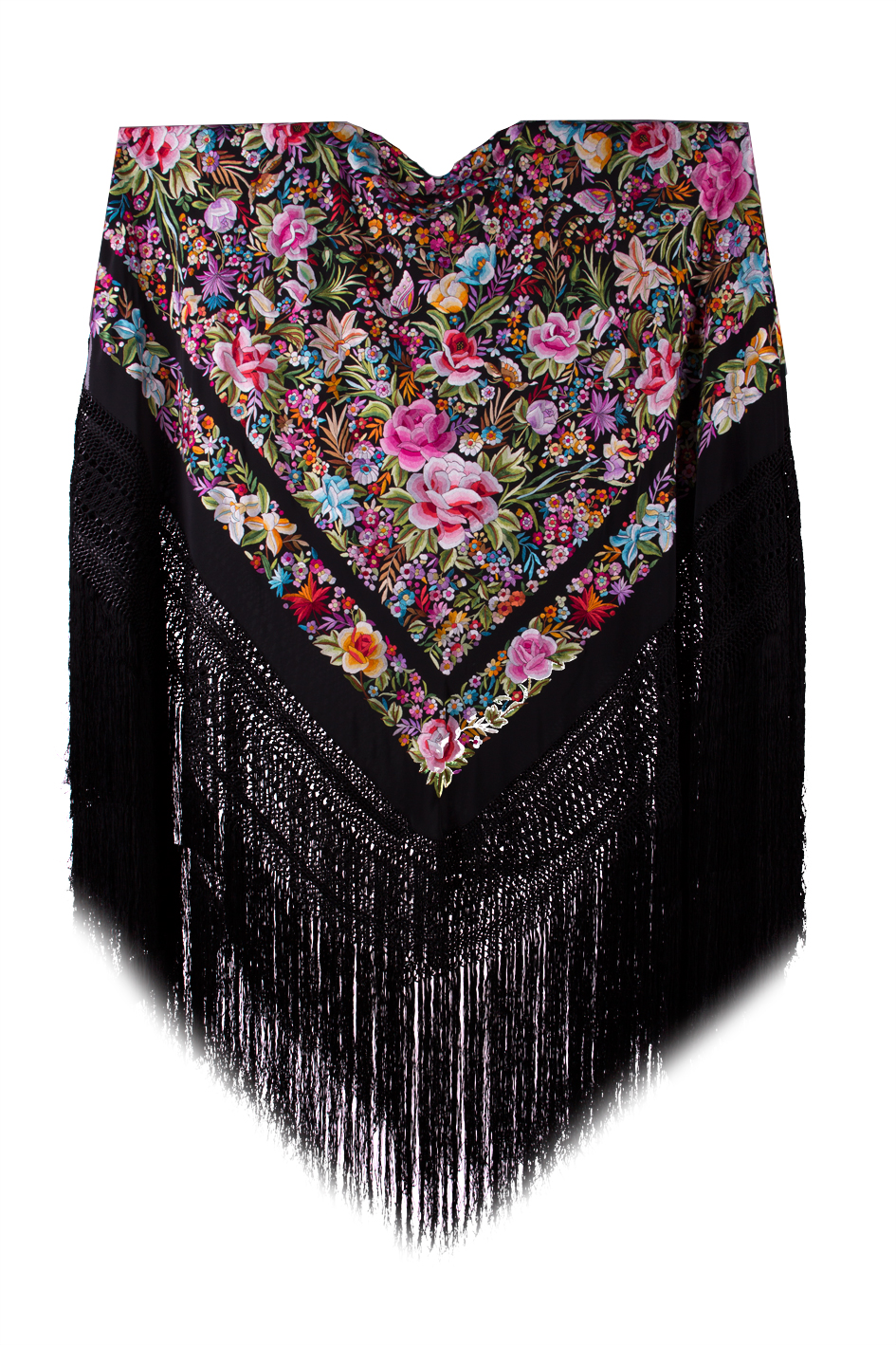 The Chinese embroideries were highly appreciated, not only for there fine and delicate finishing but also for there beautiful combination of colours, for which the Spanish and Mexican high society and Court were highly enthusiastic about. They arrived at these places even as decorations for masculine clothing in dress coats, waistcoats and linings, whereas for the women they were used on dresses, stoles, and handkerchieves, undoubtedly predecessors of the shawl.

Commerce between Europe and America opened out a new and definite route for the Chinese merchants, who found the right connection in the colonies of the New World to get their new goods to the European markets. From the end of the 16th Century, the oriental commercial traffic started to go well via the Philipines to Europe.

What seems unquestionable is that Manila shawl as it’s known today is a feminine attire which we did not know much about until the 17th Century. Its definite incorporation to the Spanish feminine wardrobe arrived after a long course in time: a journey starting off in China, where the material and characteristic styles of the embroideries came from and where the shawls were made, which were then taken to Manila, and from there to American lands. 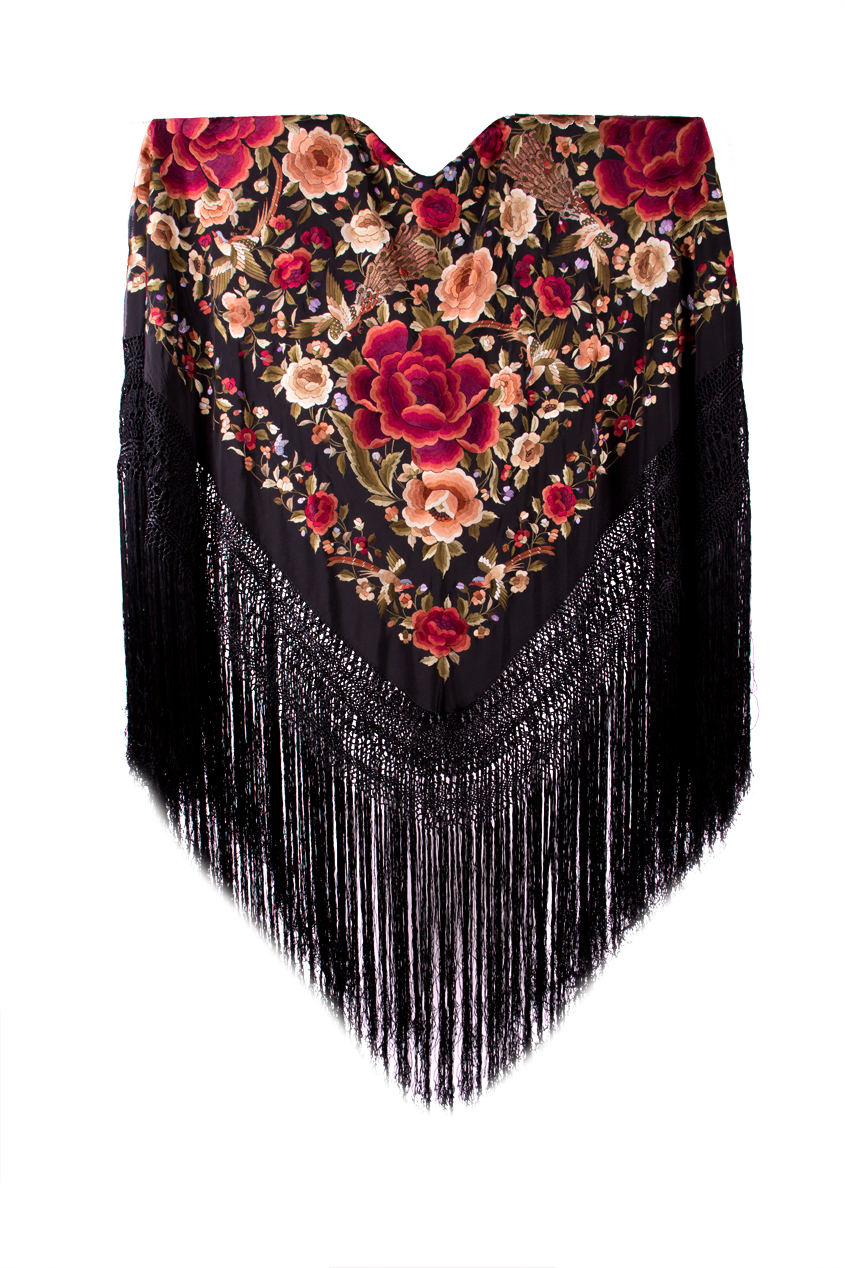 There, they were adapted fist to Mexican shawls, where they possibly developed and enriched until they achieved the dimensions and composition of the actual shawl during the 18th Century. And eventually, in the 19th Century it was used as an accessory of the Spanish women´s dress.

Mexico was only a necessary step for the concrete configuration and responsibility that determined the definite forms and attractiveness of this shawl.

Equipped with these qualities it finally reached Spain. This is why we can see the Manila shawl showing off all their splendour in various paintings, illustrations and literary tales of the 19thCentury.

We can firmly affirm that its incorporation and use in the Spanish culture was so effective that since the 19th Century so far it has continued.

The Mexicans notably influenced the actual forms of the shawl, giving them the colours that propitiated its ultimate use and popularisation in Spain. What is certain is that both trades complemented themselves and both cultures have left their mark on their compositions.